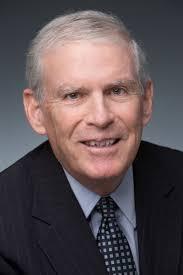 Two factors should dictate the immediate health-related priorities for President-Elect Biden and the new Congress. They are the huge social displacements caused by the pandemic as well as the large and growing economic inequities afflicting our nation.

Pandemic-related social displacements are causing enormous, adverse impacts on people’s health – and they continue to cause disproportionate harm to lower-income communities.

The key social displacements exacerbated by the pandemic include losses of health coverage (millions of people losing employer-sponsored insurance); housing insecurity (30-40 million people whose households are in arrears with their rent and soon at risk of eviction); and increased hunger (huge numbers of people currently dependent on voluntary and under-resourced food banks for their sustenance).

Fixing these problems will no doubt require a significant fiscal commitment. The failure to make such a commitment, however, would cause enormous health-related harms to America’s most vulnerable people. It would also retard an ability to revive the U.S. economy.

Losses of health coverage: Prior to the pandemic, nearly 30 million people were uninsured. Approximately one-quarter of them were eligible for Medicaid (based on existing federal and state standards) but were not enrolled in the program; and a slightly larger number currently qualify for federal premium subsidies in Affordable Care Act (ACA) health plans but have not signed up for such coverage. Many people who most recently lost employer-based health coverage could similarly benefit from Medicaid or ACA subsidies.

A key part of any fix package, therefore, should help to secure coverage for people already eligible for meaningful help. This should include significantly increased resources for so-called enrollment “navigators.” It should also establish an auto-enrollment system into Medicaid for low-income people already certified for other means-tested programs, even if the eligibility standards for these programs are somewhat at variance with Medicaid.

Two other changes should also be adopted. The first would improve affordability in ACA-related private coverage. This can be achieved via pending proposals that would enhance premium and cost-sharing subsidies for moderate-income households.

The second would incentivize Medicaid expansion in the dozen states that have so far refrained from doing so. In those states, non-parental adults are ineligible for program coverage even if they are literally penniless. The ACA provided enhanced federal matching funds (including 100 percent funding in the first three years) to states that expanded coverage by 2014 – and this time limit should be modified for states that increase Medicaid eligibility in the future.

Housing insecurity: Many family breadwinners have lost job-related income due to the pandemic. This is causing many millions to fall behind in their rent payments. Several related steps should be taken to avoid massive evictions that could result in an unprecedented growth of homelessness.

The moratorium on evictions, ordered by the Center for Disease Control and Prevention -- and recently extended by Congress -- expires at the end of January. It should be extended, either legislatively or administratively. But that is not enough. Financial aid should also be provided so that huge and growing rental indebtedness faced by moderate-income families is alleviated. This would also aid small Mom-and-Pop landlords who have lost rental income and could be at risk of foreclosures.

Future alleviation of this problem ultimately requires strengthening low-income rental voucher programs. Unlike a number of other federal aid programs, funding for rental vouchers does not guarantee help for all eligible low-income people. It is limited by inadequate appropriations, and currently three-quarters of those eligible for rental help are not receiving it. This must be improved, either by increasing appropriations or via a legislative entitlement of voucher aid to all eligible applicants.

Increased hunger: Food banks across the country are being besieged by many millions of people who don’t have the resources to purchase a nutritionally adequate diet. Despite the heroic efforts of food-bank workers, fixing under-nutrition requires systemic help, not simply charitable aid.

Two changes would be very helpful. First, the benefits through the Supplemental Nutrition Assistance Program (SNAP, aka food stamps) should be increased. Second, Pandemic EBT (Electronic Benefits Transfer) cards should be made available to lower-income families whose children are currently unable to obtain free and reduced-price school meals because their schools are closed.

While these recommendations do not constitute transformative health-care change, they would provide effective help in this critical period. Even in this moment of political contentiousness, they merit prompt bipartisan support.