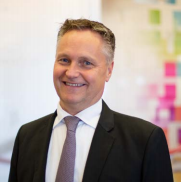 Previously, Patrik was president of Lilly Bio-Medicines, also a senior vice president  role. Since joining Lilly in 1991 as a sales representative, Patrik has held a number of positions in sales, marketing and general management. He served as European  marketing director for Zyprexa and the neuroscience customer group, as managing  director of Sweden and later of Scandinavia (Sweden, Norway and Denmark), and as  president and general manager of Eli Lilly Italia. In 2012, when Lilly announced a new  structure for the company’s European business, Patrik assumed additional  responsibilities for the countries in central and southeastern Europe. In 2014, he  became president and general manager of Lilly Japan.

Patrik is a business graduate from Lund University, School of Economics and  Management, in Sweden.  He is the past chair of the Japan-based executive committee of PhRMA, and served on the board of the American Chamber of Commerce in Japan.