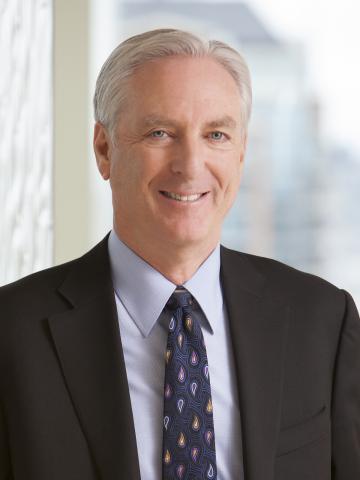 Gary S. Kaplan, MD, FACP, FACMPE, FACPE, has served as chairman and CEO of the Virginia Mason Health System in Seattle since 2000. He is also a practicing internal medicine physician at Virginia Mason. He is currently a Senior Vice President at CommonSpirit Health.

Dr. Kaplan received a degree in medicine from the University of Michigan and is board certified in internal medicine. He is a Fellow of the American College of Physicians (FACP), the American College of Medical Practice Executives (FACMPE) and the American College of Physician Executives (FACPE). He is recognized as one of the most influential physician executives in health care. He is a founding member of Health CEOs for Health Reform and has held leadership positions with numerous organizations, including the National Patient Safety Foundation, the Medical Group Management Association, and the Washington Healthcare Forum. Dr. Kaplan is past-chair of the Institute for Healthcare Improvement Board of Directors, current-chair of Lucian Leape Institute for Patient Safety, and previously served as chair of the Seattle Metropolitan Chamber of Commerce Board of Directors. He has been honored nationally for his leadership, most recently being named No. 17 to Modern Healthcare’s 2019 “50 Most Influential Physician Executives” list (his fourteenth time appearing on this prestigious list). In 2013, Dr. Kaplan was selected for membership in the Institute of Medicine.

During Dr. Kaplan's tenure as chairman and CEO, Virginia Mason has received significant national and international praise for its efforts to transform health care, most notably as the leader in adapting the Toyota Production System for health care. Recent honors include being named “Top Hospital of the Decade” by Healthgrades, receiving the “Distinguished Hospital Award for Clinical Excellence™” in 2019 for the eighth consecutive year and the “Outstanding Patient Experience Award” from Healthgrades, among various other awards and honors.