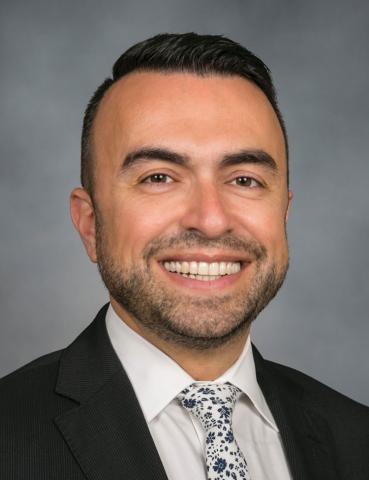 Bechara Choucair, MD serves as chief health officer at Kaiser Permanente and oversees the organization’s efforts to address the social health of its 12.6 million members and work to improve conditions for health and equity for all 68 million people living in the communities it serves. This includes the creation of the nation’s largest social health network, integrated with Kaiser Permanente’s health care services, and the management of the organization’s comprehensive community health portfolio.

He is responsible for the organization’s environmental stewardship efforts and, in 2020, Kaiser Permanente became the first carbon-neutral health system in the U.S. He reports directly to the chairman and chief executive officer of the organization and is accountable for the care of over 1 million Kaiser Permanente Medicaid members and those dually enrolled in Medicaid and Medicare.

From January through November 2021, Dr. Choucair served as the White House national COVID-19 vaccinations coordinator. In that role he focused on coordinating the timely, safe, and equitable administration of COVID-19 vaccinations for the U.S. population, in close partnership with relevant federal departments and agencies, and state and local authorities, health systems, and community-based organizations. During his tenure as vaccinations coordinator, more than 450 million doses of the vaccine were administered nationwide. He returned to Kaiser Permanente in December 2021.

Dr. Choucair is a former Chicago Department of Public Health commissioner, where he and his team launched Healthy Chicago, the city’s first comprehensive public health agenda. Since the launch, CDPH has reported historic lows in childhood obesity rates and both teen and adult smoking rates, as well as significant increases in overall life expectancy. Under his leadership, CDPH became the first big-city public health agency to be awarded national accreditation.