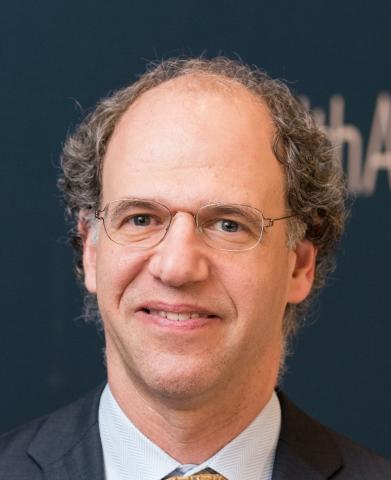 Alan Weil became the Editor-in-Chief of Health Affairs on June 1, 2014.  A multidisciplinary peer-reviewed journal dedicated to the serious exploration of domestic and international health policy and system change, Health Affairs is the nation’s leading journal at the intersection of health, health care, and policy.

For the previous decade he was the executive director of the National Academy for State Health Policy (NASHP), an independent, non-partisan, non-profit research and policy organization.  Previously, he directed the Urban Institute's Assessing the New Federalism project, one of the largest privately funded social policy research projects ever undertaken in the United States; held a cabinet position as executive director of the Colorado Department of Health Care Policy and Financing; and was assistant general counsel in the Massachusetts Department of Medical Security.

Mr. Weil is a frequent speaker on national and state health policy, Medicaid, federalism, and implementation of the Affordable Care Act.  He is the co-editor of two books, publishes regularly in peer-reviewed journals, has testified before Congress more than half-a-dozen times, and is called upon by major media outlets for his knowledge and analysis.

He is an elected member of the National Academy of Medicine and served for six years on the NAM (and its predecessor, the Institute of Medicine) Board on Health Care Services.  In 2016 the U.S. Controller General appointed Weil to a three-year term on the Medicaid and CHIP Payment and Access Commission (MACPAC).  He is a Trustee of the Consumer Health Foundation in Washington, DC.  He is the director of the Aspen Institute’s Health Strategy Group.  He served for twelve years on the Kaiser Commission on Medicaid and the Uninsured, and for ten years on the Board of Directors of the Essential Hospitals Institute (and its predecessor, the National Public Health & Hospitals Institute).