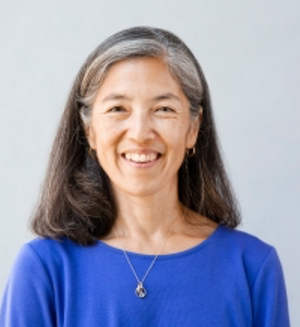 Julie Morita is executive vice president of RWJF, where she oversees all programming, policy, research, and communications activities. Before joining RWJF, Dr. Morita helped lead the Chicago Department of Public Health for nearly two decades, first as a medical director, then as chief medical officer. In 2015, she was appointed to the department’s top position, commissioner. In that role, she oversaw the public health needs of 2.7 million residents in the nation’s third largest city. As commissioner, Dr. Morita led the development and implementation of Healthy Chicago 2.0, a four-year health improvement plan focused on achieving health equity by addressing the conditions in which people live, learn, work and play. The plan was based on RWJF’s Culture of Health framework. Dr. Morita has served on many state, local, and national health committees, including the CDC’s Advisory Committee on Immunization Practices and the National Academy of Sciences’ Committee on Community Based Solutions to Promote Health Equity in the United States. Influenced deeply by her own family history, Morita has been a lifelong advocate of equity issues. As children, both of her parents, Mototsugu and Betty Morita, were detained in Japanese internment camps during World War II. They and their extended families were uprooted from their homes, communities, and jobs in the states of Washington and Oregon and transferred to a detention camp in Idaho. Having grown up hearing stories about the harsh and unjust treatment her grandparents, parents, and thousands of others endured, Dr. Morita has used that knowledge to pursue health equity in every aspect of her work. Born and raised in Chicago, Dr. Morita earned her undergraduate degree in biology from the University of Illinois and her medical degree from the University of Illinois at Chicago Medical School. She completed her residency at the University of Minnesota.